Yesterday, President Biden traveled to Ohio to announce a new American Rescue Plan rule that will help protect millions of Americans’ pensions who could otherwise have seen substantial cuts to their benefits.

As President Biden highlighted before a crowd of hundreds of union workers, not only did every single Republican in Congress vote against the funding that made this fix possible, but the only plan put forward by congressional Republicans could end the Social Security and Medicare guarantee.

Here’s what Ohioans are reading this morning about how Democrats are working to save their pensions while GOP lawmakers threaten to put their retirement benefits at risk: 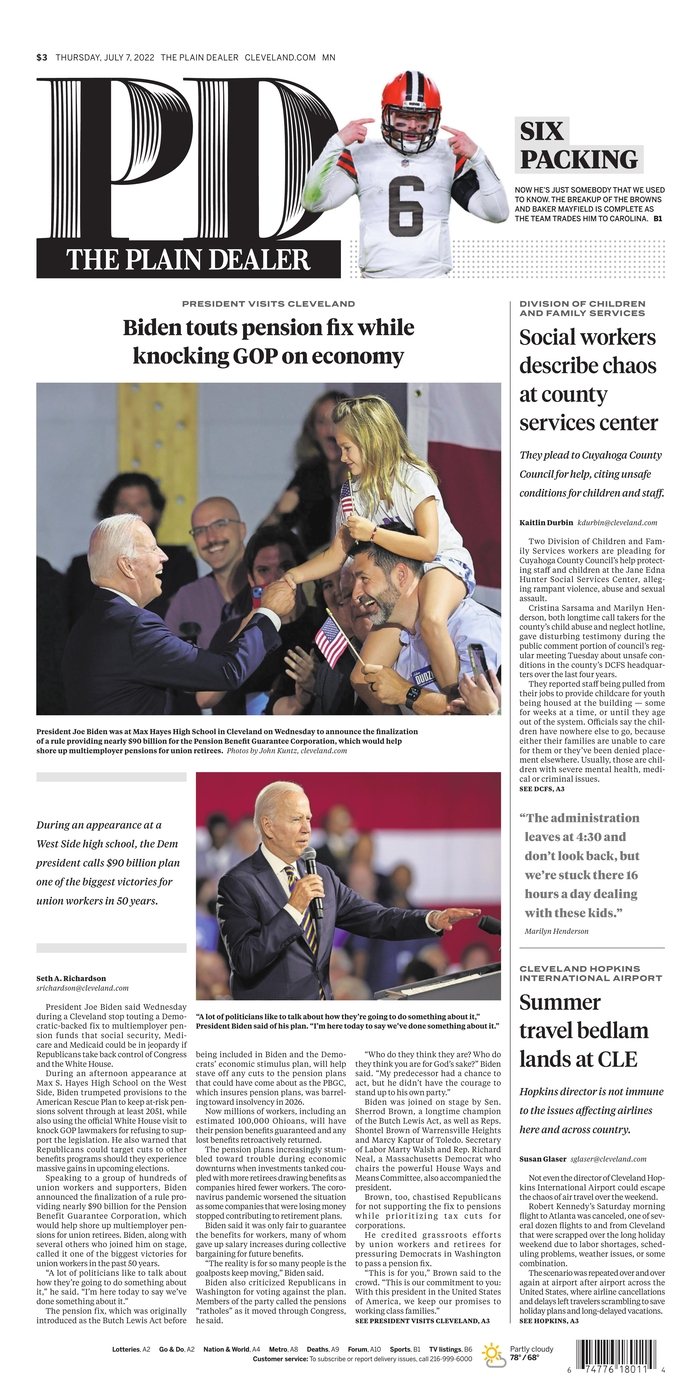 “Speaking to a group of hundreds of union workers and supporters, Biden announced the finalization of a rule providing nearly $90 billion for the Pension Benefit Guarantee Corporation which would help shore up multiemployer pensions for union retirees. Biden, along with several others who joined him on stage, called it one of the biggest victories for union workers in the past 50 years.

“Biden also criticized Republicans in Washington for voting against the plan. Members of the party called the pensions ‘ratholes’ as it moved through Congress, he said.

“The new assistance program will aid those workers retroactively and boost all plans at risk, in order to keep them financially sound through 2051 or longer.

“‘With today’s actions, millions of workers will have the dignified retirement they earned and they deserve,’ Biden said.

“Biden on Wednesday criticized Republicans who have said investing taxpayer money in these pension plans was a waste, specifically calling out the lead Republican on the House Education and Labor Committee, Virginia Foxx of North Carolina, who said the investment was like ‘pouring money down a rat hole.’”

The post ICYMI: In Ohio, Biden Touts Pension Fix, Blasts GOP for Voting Against It appeared first on Democrats.